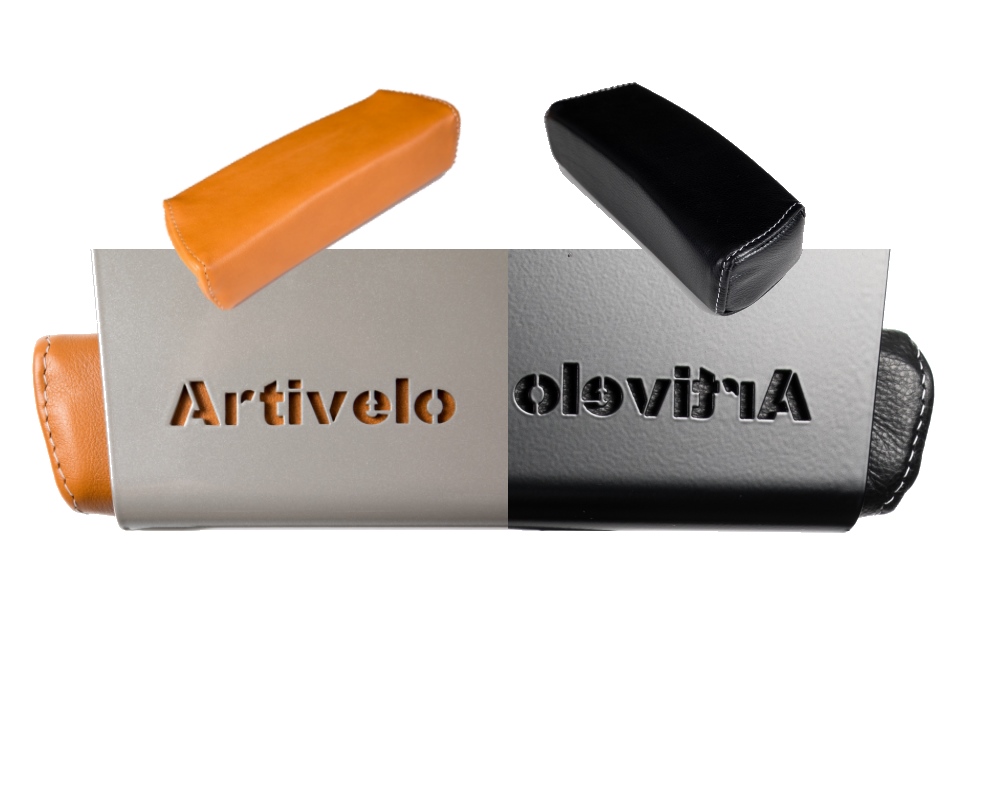 The leather cushion with mouldable foam

The combination of leather and sustainable mouldable foam helps to give the cushion a very long life-span. The leather consists of three parts, which have been sewn together with great care. Both the brown and black cushions have silver-grey stitching, which ensures durability and a fantastic look. The leather not only helps to improve aesthetic appeal and quality, but also makes sure that your race bike will never slip off the BikeDock.

The choice of colours is a new feature when buying a leather cushion. Whereas the BikeDock previously came with a leather cushion in a standard colour, we have now decided to give people the option of selecting the colour of their cushion.

You can now choose between a brown or black cushion. And for the vegans amongst us, the cushion is available in black or brown vegan leather.

Which colour will you choose? 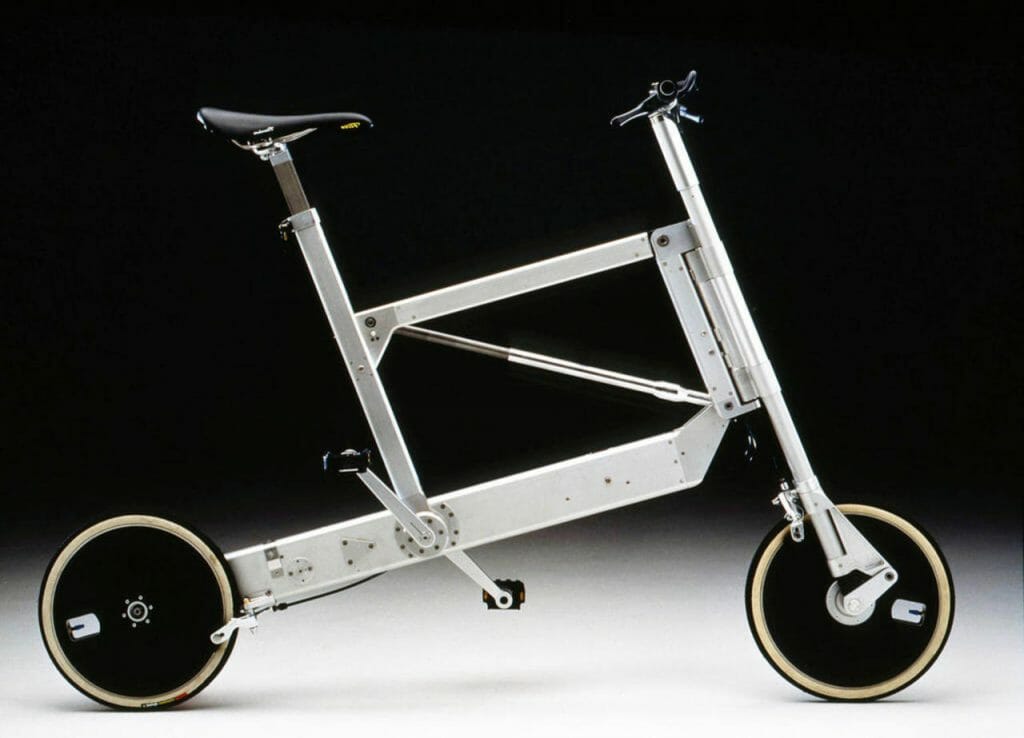 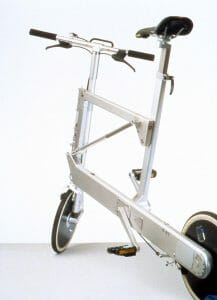 The Zoombike by Richard Sapper was conceived as a vehicle with the same geometric proportions of a normal bicycle. These are able to fold easily, quickly and fold out like an umbrella through a press-button system. This grants optimal convenience for urban transportation, whether on the road, in a metro, tram or bus, in the trunk of a car, or in other confined spaces such as elevators. You can store the zoombike in almost any wardrobe or cabinet or you can even hang it on a coat hook in a small apartment. The bike is made of aluminum, has three gears and weighs only 10 kilograms. A lighter magnesium version is being developed.

The disc wheels allow very low air resistance, resulting in excellent mechanical efficiency. Despite the smaller diameter of the wheels, the gear ratios are almost the same as those of a normal road bike.
Because the design is based on aircraft technology, instead of traditional bicycle mechanics, these characteristics can be achieved.

One of the most successful designers in the world is undoubtedly Richard Sapper. Richard sapper has a big influence on Italian design in recent years. Sappers products are accurate, functional, innovative and very complex. One of his main characteristics is “giving meaning to form”, a goal that he often achieves with overwhelming success. According to Ettore Sottsass, Sapper has never produced a bad design. 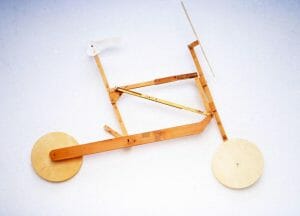